Yi Yun is the main protagonist of the novel True Martial World. Formerly a mortal from modern Earth that had unwittingly stumbled upon a Mysterious Card and was transported to the Tian Yuan World of cultivators and martial arts. He then would begin to carve his own martial path and become a legendary peerless expert.

Yi Yun has been described as having a well built slender body, with average height and good looks. He is sometimes described as being a pretty boy.

After days of arduous practice,

True Martial World Novel Character Yi Yun’s muscles had grown firmer, and his body shape was getting better by the day. He had also grown taller, becoming a handsome young lad. Yi Yun gave off a brand new aura after breaking into the Meridians Stage. He stood on a large rock, with his body like a sheathed sword. He had an overpowering presence. Under the soft moonlight, it illuminated Yi Yun’s delicate skin, making it shimmer like mercury. Such a young lad no longer looked like a poor kid who had nothing to eat. He was like a diamond in the rough but had already shown the inkling of his beautiful luster. The clothes he wore could only be described as “rags”, but it could not conceal his shimmering aura.

With the Purple Crystal’s energy transforming his muscles, Yi Yun now had smooth and sleek skin, like a piece of jade. Soft lines featured his handsome face, but his eyebrows contained verve, making him still look masculine. Although Yi Yun was still short, his body was fit. His legs were long and slender, making him bring out the beauty of the flying fish robe. Yi Yun was like a precious sword that had been unsheathed. Its blade’s beam shining in all directions with a force to be reckoned.

After leaving the Meteorite Abyss he had unconsciously grown to the height of an adult male, he would even be above average amongst adults. His body became more and more stout, and his muscles were toned but not exaggerated. Besides his face having a tinge of childishness, he looked no different from an adult when one looked at him from the back.

After repeated Marrow Cleansings, and with the transformation of the pure Yang Qi, Yi Yun really felt as if he was slowly being reborn. Yi Yun’s muscles were becoming more toned, but he was not stiff like stout muscular men. His muscles gave off an elegant beauty. They were like a mountain stream and were like nature itself. Yi Yun’s air also became more and more restrained. With the grade of Yi Yun’s pure Yang body increasing, not only did his body not radiate burning gas, it actually began to seal it within his body’s aperture points. He gave off the feeling of a gentle scholar. If one phrase was enough to describe him, it would be “jade-like gentleman”.

His nose bridge was high, and the corners of his mouth curved upwards. His dark but slightly unkempt hair covered a portion of his eyes, but it could not hide his bright eyes.

His eyes were too clear. In the clearness, there was a faint tinge of slyness. It was the pair of eyes she was familiar with. It was very familiar in her dreams. He was smiling at her, and it was from genuine delight.

As for the young man, his eyebrows were like swords and his eyes like stars. His face seemed to have been chiseled by an axe and he was dressed in an azure long robe. He looked like a scholar, but he was holding a bow in his hand. The longbow was golden in color, with several blood red patterns that circled around it. On the bow’s tips, there were two carved dragons, and on the back of each dragon, there was a sharp blade.

One look and one could tell that the bow, with its extraordinary aura, was a divine bow. It gave the scholarly youth a more terrifying air to him.

Although it isn't said how he looks after having reached an unfathomable state, it can be seen that his stature was extraordinary. He doesn't leak any power at all, similar to a mortal. However, beneath that calm appearance laid power enough to destroy a universe.

As a child, Yi Yun was considered to be very mature for his age due to retaining memories from his previous life. While initially bewildered and shocked by the brutal nature of the Cloud Wilderness, he slowly begins to adapt to his new surroundings and adopts a mentality that only those who have strength can live their lives freely while the weak can only be slaves to the strong. This mindset would grow more strongly within Yi Yun as he travels down the martial path. He shows great love and care towards his family and friends and is willing to do anything to protect them. Thus he is very vengeful when it comes to those who have attacked him or his loved ones, seeking revenge against any transgressions.

Yi Yun’s principle was to return the favor severalfold to whoever was good to him. Those who had harmed him, he would demand everything back without missing a single one. Towards his enemies, Yi Yun displays a very calm and calculating side due to his previous life's experiences. He is capable of making intricate plans and attacking his enemies where they are relatively unaware of his presence or true abilities. Aiding his calculating mind is having few qualms about using underhanded tactics and schemes to reach his goals. He can be quite ruthless to his enemies, dispatching them with little hesitation or remorse.

Yi Yun was a modern person in his previous life. He was not like the warriors of this world. He would not easily risk his own life for a particular matter. Yi Yun cherished his life. As long as his bottom line was not crossed, Yi Yun will try his very best to live on.

Yi Yun was no saint, nor did he strive for world peace. This sort of thinking was not pragmatic. However, Yi Yun wished that in the land he would claim, he would not see such unfairness. He could only make the world fair and just within the limits of his capacity. The kind should receive bliss, and the wicked, punishment. This was the simple but beautiful wish Yi Yun had.

After finding the mysterious Purple Card, Yi Yun travels through the space-time vortex, and he digs himself out of a grave with his name on it. The grave it was written "Beloved brother, Grave of Yi Yun - Elder Sister Jiang Xiaorou". He then meets his sister who takes him home piggyback as he can't walk. At home(They live in the Lian Tribal Clan but are not originally part of it. Yi Yun's mother joined the clan when he was very young) he sees his sister make arrows at night with difficulty as she can exchange them for food from the tribe. That night he finds out that the card can absorb starlight. After that, the Purple Card fuses with Yi Yun. The next day when they go to trade in the arrows for food, they are given a very small amount. When that ask why and almost starts a riot the Young Master of the Clan, Lian Chengyu comes and give them extra food and secretly tries to kill Yi Yun by planting energy inside him. He then explains to them that he exchanged for less food to get Desolate Bones to make a relic. Then Yi Yun finds out that the purple card can absorb the energy from the bones. The energy is in the form of little gold dots which only he can see. Lian Chengyu announces that he wants to use this relic to join the Jin Long Wei and take the tribe out of the wilderness.

The next day Yi Yun and Jiang Xiaorou are asked to collect herbs if they can't collect a specific amount their food will be taken away. Lian Chengyu wants to use the herbs to improve his cultivation. In the herb mountain, Yi Yun sees dots of energy that guide him to where the herbs are hidden. He then absorbs the energy in them before collecting them. After they turn in the herbs there daily quota of herbs to collect is increased because they found such good ones. After that Yi Yun starts practicing cultivation. He learns in secret the move and techniques  Dragon Rib Tiger Bone Fist. 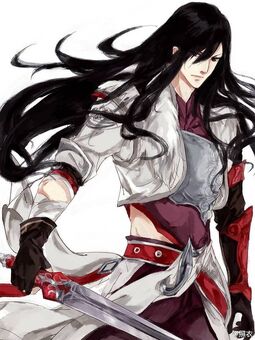 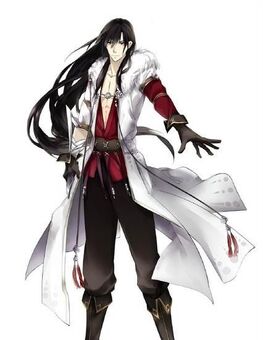 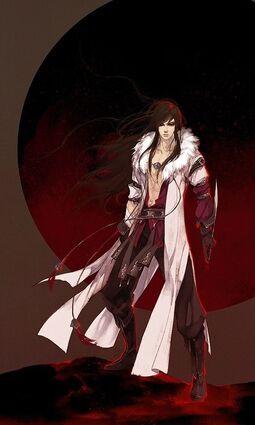 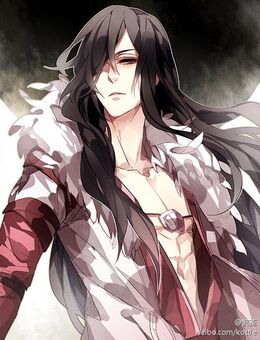 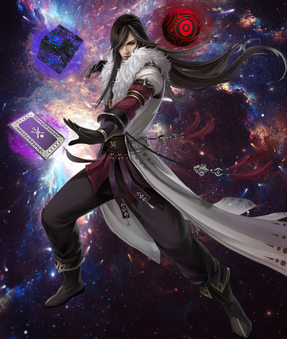 Fan Art
Add a photo to this gallery

Retrieved from "https://true-mw.fandom.com/wiki/Yi_Yun?oldid=6377"
Community content is available under CC-BY-SA unless otherwise noted.